I couldn’t believe it when somebody told me: Google is running Android apps in ChromeBooks and some selected apps can be installed from the Chrome Webstore. It works with a Chrome extension that implements an Android virtual machine running over the Native Client (NaCL is a sandbox for running compiled C and C++ code inside Chrome). Find the latest games and apps on this website.

Based on this Google work, Vlad Filippov released an unofficial Chrome extension called ARChon (https://github.com/vladikoff/chromeos-apk/blob/master/archon.md) to allow this for all the desktop Chromes (Linux, Mac & Windows). This ARChon extension is a 100MB zip that must be unzipped and loaded into Chrome as an unpacked extension.

Then each Android APK must be converted to an unpacked extension with a Node-JS based tool, chromeos-apk (https://github.com/vladikoff/chromeos-apk) and loaded into Chrome. The generated extension contains the APK and some support files. Once installed, it appears as a regular Chrome app.

I tested all my Android apps and I was very surprised with the results, they load fast and run smooth. Some of my apps did not work because:

But I consider it SPECTACULAR. This opens a lot of new possibilities for Android, now running inside browsers like Flash, … and confirms my “theory” that Android is only a virtual machine (IMHO, the underlying SO is Linux :P). 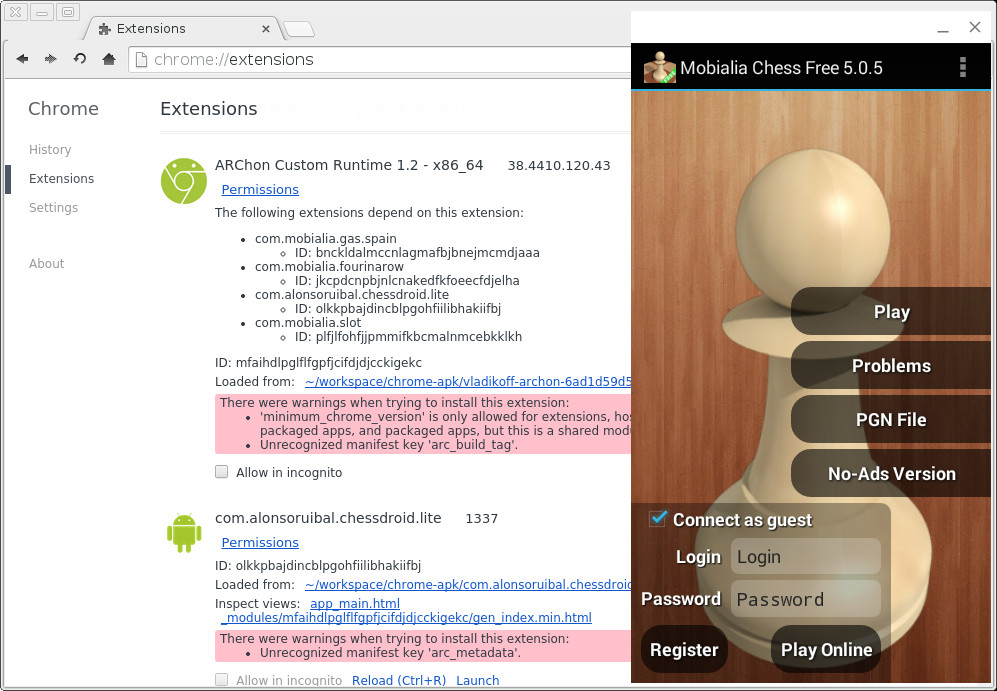